THE MECHANICS OF RESPIRATION

The Mechanics of Respiration 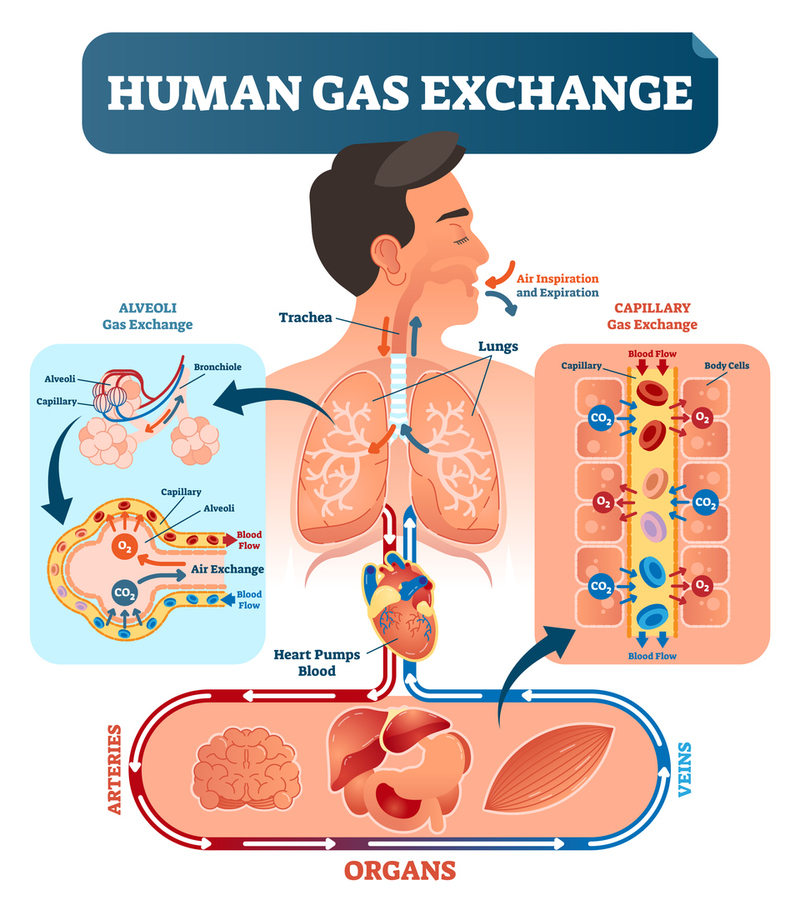 The term "respiration" has different colloquial and medical meanings. In normal conversation, it refers to breathing, the movement of air in and out of the lungs. In medicine the process of moving air is called ventilation, respiration is specifically the exchange of oxygen and carbon dioxide inside the alveoli of the lungs. This section will delve deeper into the differences between respiration and ventilation along with the many details about the two that are commonly tested on the national registry exams.

In order to respirate, a patient must have adequate ventilation. However, the reverse is not true, just because a patient is ventilating does not mean they are respirating. This is because the systems for moving air and absorbing gases from that air are separate. This commonly happens when blood flow is reduced to the lungs, or the alveoli are filled with fluid (pneumonia, drowning, etc.) In rare cases internal (cellular) respiration can be disrupted by toxins and certain rare medical conditions.

MECHANICAL VENTILATION: Mechanical ventilation is the movement of air from the outside environment in and out of the lungs. It occurs in two major phases the active phase and the passive phase:

The respiratory system moves air through pressure gradients created by the diaphragm. If the pleural cavity is breached, these pressure gradients collapse and the pressure within and outside the chest becomes equal (equilibration). Depending on the size of the breach this makes the inhalation process much more difficult or--in severe cases--nearly impossible.

Mechanical ventilation is controlled by the phrenic nerve which signals the diaphragm to contract, this occurs both automatically in response to the body's level of oxygen and CO2--via signals from the hypothalamus--and voluntarily, when an individual consciously focuses on their rate of breathing.

ALVEOLAR VENTILATION: is defined as the amount of air that reaches the alveoli and is available for gas exchange with the blood. Many factors affect the alveolar ventilation, knowing the factors exist is important, remembering each definition is not.

As mentioned above, respiration is the actual exchange of gases in both the lungs and the cells. The process of respiration is controlled by complex hormonal and neural signaling, which detects concentrations of oxygen and CO2, and acts to alter the amount of blood flow through the capillaries or the size of the smooth muscle bronchioles which connect the alveoli to the rest of the airway.