The skin and its associated structures (adnexa) make up the largest and most complex organ of the human body. Named the Integumentary System, the skin acts to insulate and regulate the internal environment of the body. It also serves as the first barrier of the innate immune system. It protects what lies internally. It is important to understand the structure, adnexa, healing response, and normal aging changes seen in the skin. 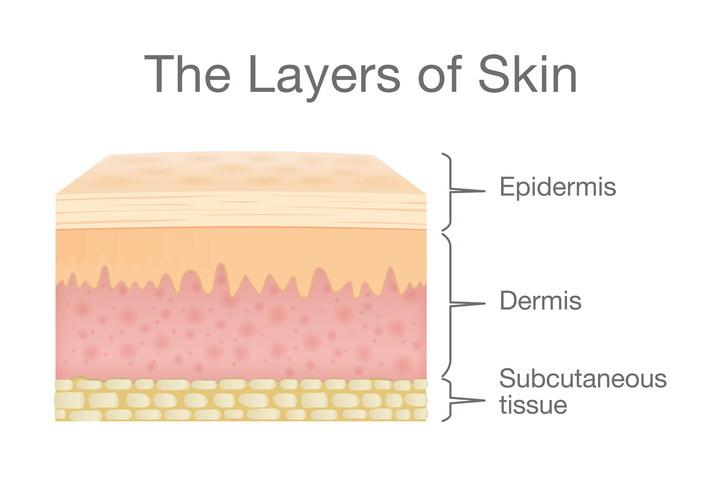 The skin is made up of several layers:

The epidermis has several essential elements: 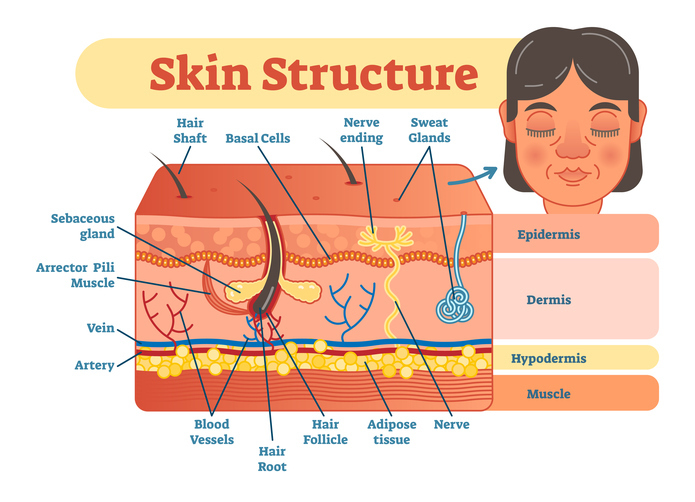 The dermis is most notable for the stem cells that replete the constantly shedding epidermis. It also contains the vessels that regulate body temperature, the arterioles. These small vessels respond to heat by dilating, increasing blood flow through the skin, resulting in heat leaving the body. The same arterioles respond to cold by constricting, preventing heat loss.

Subcutaneous tissue is found between the dermis and the muscles, mainly being used for fat storage, maintaining body temperature, and protecting the nerves and blood vessels contained within.

The remaining structures of the integumentary system are known as the adnexa. The vital ones are the

Whether dramatic or trivial, deep or superficial, injury to the dermis heals in essentially the same way:

If the wound is relatively small, all damage is eventually repaired by epithelial cells. If major injury has occurred, the normal repair mechanisms are unable to restore the skin to its original condition, resulting in a fibrous scar devoid of glands, hair follicles, muscle cells, and nerves, and with little regained blood supply.

Aging and Normal Changes Over the Span of Life

The effects of sunlight and time on the skin lead to the loss of elastic tissue (elastin), causing the skin to hang loosely and become translucent due to thinning of the epidermis. Skin also becomes fragile in response to the thinning and flattening of the epidermal-dermal junction. Thinner blood vessel walls also allow for easier bruising.